The news are shocking for a lot of budget smartphone owners: Google will discontinue trade deals with Huawei, a result of the escalating trade spat between China and the USA. While this sounds kind of political there are actual real-life consequences for everyone who has a gadget of said brand at home: There will be no further updates for Huawei devices such as smartphones and tablets. This will have a serious impact on the user experience and the security of users’ data. 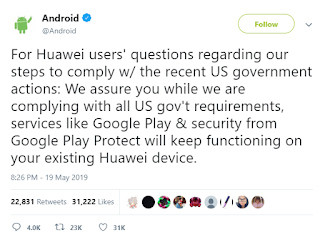 Upcoming Huawei devices without Google access?
Google has confirmed that currently available Huawei devices can still be used and that services such as the Google Play Store, Google Search, Gmail, Google Maps, and the Chrome browser will continue to work. But, there may also be limitations on devices released in the future.


“It is important to keep a device updated with the most recent operating system and patches as these updates are often designed to close new loopholes hackers have managed to exploit such as bugs, vulnerabilities, and zero-days. It’s much more than just giving you the latest graphics or a few more emojis, the real value of these updates is in their potential to protect your device more effectively,” said Director Protection Labs & QA, Alexander Vukcevic.

No PlayStore = security risk
“In the medium term, when and if users can’t access the Google Play store, they will try to download their most used apps from other sources. This will open up new possibilities for hackers. We are expecting an increase in fake apps that will lead to more serious security threats for Huawei users,” he added.

Popular posts from this blog 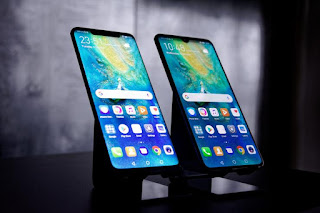 The pinnacle of innovation, Huawei Mate 20 Pro ushers in an era of intelligent phones

·Sporting a futuristic design and delivering ultimate performance, Huawei Mate 20 Pro is the first EMUI 9 based  smartphone with Android P to be launched in India

·Open collaborations with Leica, Microsoft, Dolby, among others to deliver the best class features for consumers in India

Huawei Consumer Business Group, India today unveiled the most highly anticipated device of the year – the Huawei Mate 20 Pro, which will set a new bar for Smartphone performance in 2018. Delivering the best-in-class on device AI experience, the Huawei Mate 20 Pro is the perfect example of strength and style representing the pinnacle in mobile luxury and innovation. The smartphone is powered by Huawei’s densest and highest performing system on chip (SoC) to date—the Kirin 980.

May 30, 2019
As I would see it, these are the five things that will damage Google most.
1. Google will lose a large number of Play Store clients
Huawei is the second biggest telephone creator on the planet with around 20% piece of the pie in the worldwide cell phone shipments and the details from Q1 2019 uncovered that Huawei dispatched around 60 million telephones in that quarter. Google's turn to prohibit Huawei's up and coming gadgets from utilizing Play Store would in the long run outcome in the enormous drop of Google Play Store clients which will affect engineers everywhere throughout the world.
2. No. of Android OS clients will see a noteworthy defeat
Confining up and coming Huawei telephones from Android OS stage could be the greatest oversight of Google as the organization will lose a noteworthy lump from the OS business. On the off chance that Huawei cell phone clients in future don't access Google's exclusive administrations like Gmail, Google Play, Google Search and dif…
Read more